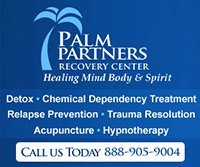 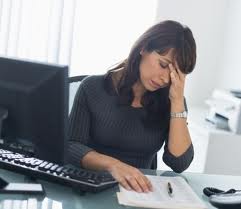 When a smoker decides to quit smoking, the leading cause of relapse is nicotine withdrawal. Many different symptoms can become evident when a smoker makes the decision to abruptly quit smoking and eliminate the use of nicotine products from a daily routine. The top symptoms of nicotine withdrawal are the same symptoms that make is so difficult for a smoker to remain abstinent from cigarette use and to stay on the right path toward ultimate recovery from this addiction.

One of the most challenging symptoms of nicotine withdrawal and the longest symptom to stick around is the cravings that a smoker will have for a cigarettes. Sometimes, cravings will continue to last for many weeks or even months after a smoker decides to quit and this can make continued abstinence from the user of nicotine products a true test of commitment. Cravings will gradually go away with time but they can seemingly sneak up on the ex-smoker at just about any time of the day or night.

Sustained anger, madness and irritability are common symptoms of nicotine withdrawal that most smokers find simply difficult to cope with. Sometimes it’s more so the friends and family members who are affected by the irritability of the smoker than the smoker him or herself but regardless of who the irritability affects it’s a challenge to be dealt with. Taking part in other activities and stress reduction techniques can sometimes reduce the level of anger or irritability in early withdrawal.

Nicotine is a stimulant which decrease appetite and causes appetite suppression. When a smoker decides to quit, he or she will often have increased feelings of hunger as a result of the withdrawal. These symptoms, though not a danger to the smoker, can cause significant weight gain if the ex-smoker decides to eat every time he or she has a craving for a cigarette or thinks that hunger is to blame. Chewing gum can help reduce the amount of food consumed and reduce caloric intake as can chewing on healthy foods such as carrots or celery.

Some smokers feel really tired when they decide to quit and others feel like they just can’t seem to fall asleep. Fatigue and insomnia are two very common symptoms of nicotine withdrawal that pose problems for an ex-smoker. In the case of fatigue, the tiredness results from the lack of stimulant when nicotine is no longer being smoked but this can also result from a lack of ability to sleep which comes as a result of the smoker suffering from insomnia.

Stimulants such as nicotine can lead to headaches when the user decides to quit. Various substances can lead to headaches and trouble concentrating when they are abruptly eliminated from the equation including caffeine and nicotine. Headaches are typically mild to moderate during nicotine withdrawal and are usually treatable using over-the-counter medications such as ibuprofen or a similar pain reliever. If headaches persist, talk with your doctor as this could be a sign of high blood pressure or another problem.